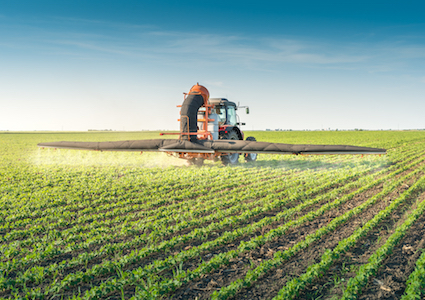 In a push to spread the acceptance of biofuels, Iowa Gov. Kim Richards recently signed an executive order requiring state agencies to purchase only diesel vehicles or engines whose manufacturers support the use of at least a 20 percent blend of biodiesel (B20).

"While B20 biodiesel has achieved support from the vast majority of diesel engine manufacturers, some engine companies haven't received clear signals from customers that biodiesel support matters to them," Donnel Rehagen, CEO of the National Biodiesel Board, said in a news release. "The State of Iowa has once again gone to bat for biodiesel by sending a clear signal with its buying power.

The order, signed in front of a group of farmers at the Iowa Farm Bureau Annual Meeting, lists many of biodiesel's benefits to farmers and the agriculture industry, the economy, and the environment. Biodiesel is made in part from agricultural byproducts, so its production and use benefit the farm economy as well.

Since 1994, the Iowa Department of Transportation has used B20 in most of its vehicles with diesel engines, including snow trucks and motor graders. Iowa is the nation's leading producer of biodiesel.

Want to get notified whenever we write about National Biodiesel Board ?

Sign-up Next time we write about National Biodiesel Board, we'll email you a link to the story. You may edit your settings or unsubscribe at any time.